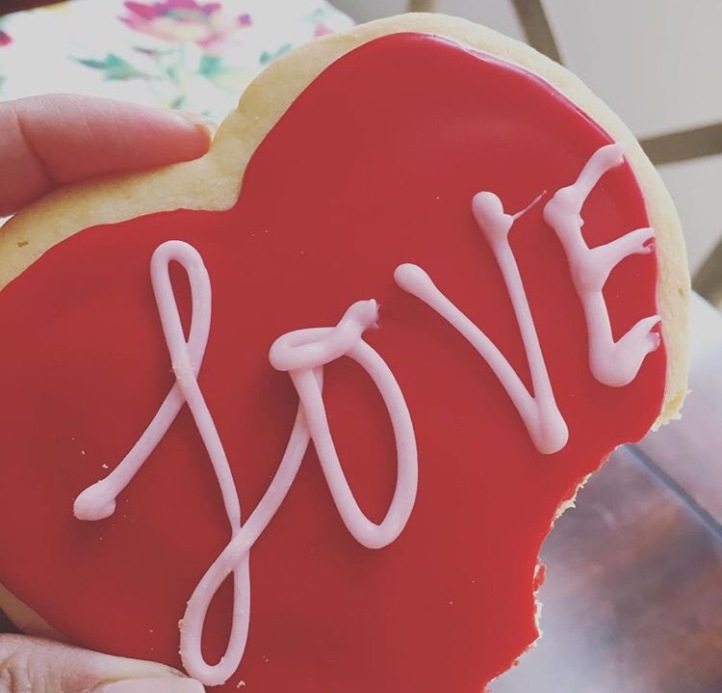 Today is Valentine’s day. My husband and I don’t celebrate it. Not because we refuse but because our anniversary is in two days – February 16. I love to shower my Godchildren, nephews, niece on this day and may splurge on some sweets for the evening but that’s about it.

On a broader subject of love on Valentine’s day, I thought I would use this day to speak about a topic that is much on the news these days.  The battle with immigration and refugees and how “love” fits into all of this.

How do Catholic Christians/Christians define love?

Being Catholic, of course, I follow many writers, speakers, educators of the faith on this topic. There’s no denying where the Church stands on helping the immigrant/refugee. Basis is emphasizing love.

It just so happens as I’m reading the news, I’ve also been battling my health. And every time I do come down with something, I can’t help to think of those who are suffering and don’t have the luxury of staying home or for that matter have a home like the refugee or the immigrant.

So in this time as I lay in bed or on the couch, I came across this post from Franklin Graham, a prominent voice for the protestant faith, on these subjects. Guess I’m a bit confused on whether his statement speaks for the protestant church as a whole or it’s just his opinion??  Anyway, I read it because I was very much interested on what his powerful position has to say. 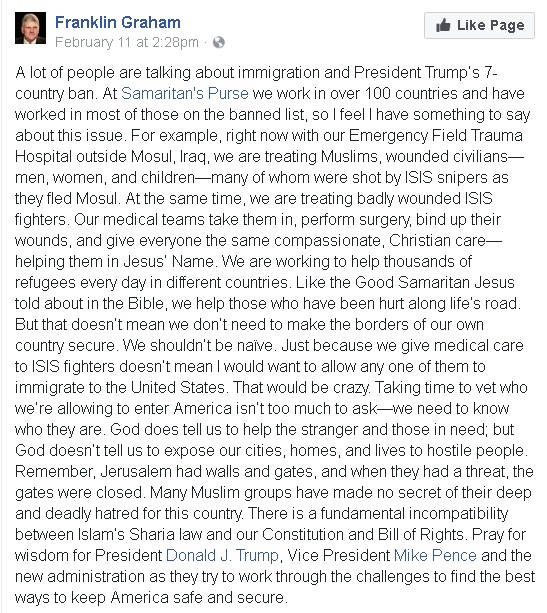 I have a problem with this.

I have a problem that he speaks about the Good Samaritan but adds his own statement on how to further deal with those who have been hurt along life’s road. I don’t recall a spot in the bible where Jesus said… “love your neighbor…..but only this much because you have to make sure your house alarm is working properly”; or “help the stranger….but only this much because you don’t want him to turn out to be a terrorist”.

The issue is not that U.S. shouldn’t be careful or cautious. The issue is knowing there is a great need in our world of people who are seeking help and us making it harder for them to live in peace and dignity as we would only want for ourselves. Yes, God doesn’t tell us to expose our cities and homes to hostile people but He also doesn’t say to just stop giving. The careful issue is how we define hostile people because I hate to say it, but today I see many “christians” being hostile to these life issues which should be viewed in the same way as protecting the life of the unborn. Life is life!

So in my heart, when Jesus said:

Blessed are the merciful, for they will be shown mercy. – Matthew 5:7

…I don’t think He had a limit on it. That’s what the whole sermon on the mount tells us and warns us.  I think those in powerful positions have to be very careful how they speak. It saddens me that there is much interpretation on what is love and how to love. 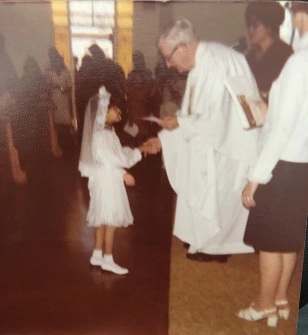