It’s taken me a bit of time to muster up and write about this.  I had wanted to do this for my Dad’s anniversary in February but it didn’t happen due to my own issues and events taking place at home.

This blog is about my Dad’s final suffering.

My memories of my Father are mixed.  From a child until about 5th/6th grade, I have sweet memories.  I can recall many things like road trips, hanging out on the weekend, family gatherings, etc. 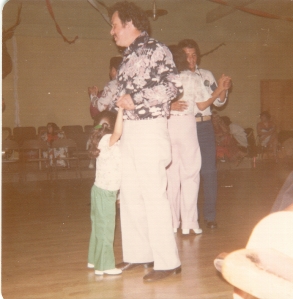 My Dad had a bad drug and alcohol addiction. By 5th grade it had gotten worse.  Mom and Dad separated and by 7th grade, they divorced.  I stayed in Mom’s custody and began a relationship with my Dad that was not consistent.

Visits with him consisted of buying stuff at the mall,  his  attempt to  bond.  I don’t recall him being in touch with me years after. Then when he bought me a car, senior year, I would meet him for lunch or whatever but it’s not like I had a connection with him.  It felt odd and distant. There were many times where I would go to his place where he lived and find him stone cold. Passed out.  I would often be afraid to find him dead. Thanks to God that never happened but there was a time where I would wish God would take him. Strange mentality, but I was thinking it would end his addiction.

In July 1994, by the grace of God, Dad surrendered his life to Jesus. His life as we know transformed because of it. His life from that point on was to just love and share what he found in Jesus. He learned many humility lessons early on, actually throughout his life until his death.  Reconciling with family, getting a job that paid less than half what he used to make, great remorse, but he was happy. 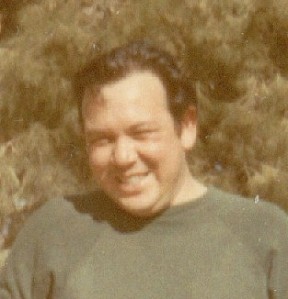 From this time until 2005, he led a humble life. He remarried and gave much of his time to his Free Methodist church. He even completed a program in theology.

At the end of 2005, he was diagnosed with Stage 4 Sarcoma.  He had a 14 pound tumor removed on Thanksgiving day. After surgery, he never got back to being “normal” again as much as he tried.

My Sister and I attended to him with doctor appointments, hospital stays. He was battling mentally and spiritually more than physically. He so much wanted to live because of what he found in Jesus. Freedom. Love. Peace.

This brings me to his last five days in hospice.

He had such peace.  He knew fully well that when he was brought to hospice that this was it.  He asked me, “the only thing I want is to be able to see the Tucson mountains from my room.”  The place was God given.

He went through episodes of joy, fear, calm, laughter, and sorrow. Because I was self-employed I was able to be at his side all day and stayed with him the first night.  We shared “shifts” between his wife and my sister.  Both of them worked full-time, so because I didn’t work, I had time to be with him all day.

I remember feeling fatigued. Mentally drained. Always wondering if what we were doing was right with him. Medical treatment wise. Angry with past doctors.  He was in much pain.  I didn’t think of it then but I know now God graced me.

On the last day, February 20, 2006, his pain med had been increased. He was antsy!  I remember getting up to go outside and sit but he grabbed my arm because he felt me move. I said “Dad it’s ok, I’m just   going outside.”  But then something told me to stay.  So I stood next to him and just caressing his arm, telling him it’s okay. That I loved him. His restlessness stopped. And at that point, I remember staring at him into his eyes. He relaxed himself into his bed. I felt like my heart was being pulled to his and my being felt like I was taken away. When I looked into my Dad’s eyes it felt like I was going somewhere with him.  I literally felt a pull. His pupils changed.  I’ll never forget it.

After that, he fell into a heavy sleep.  He slept the whole day and evening. When I left it was around 8 pm.  My sister and step-mother were there.  My Dad passed away around 9:30 pm.

Heaven became real to me that day. Not that I didn’t believe in heaven before. But this blessed experience helped me see my Dad’s life was headed to the eternal. I knew this.  My mind had gotten so busy with what I was responsible for that I was forgetting what was happening here with my Dad. This moment definitely had me feeling I was a soul away, my Dad, from being to touch heaven.  I saw the depth in my Dad’s eyes.  Nothing I’ve ever experienced before.

I also know that my appreciation for those who are in their final hours is different for me now. My awareness is great!

I thank my Lord for this and for giving me my Dad Joel.  I miss him greatly and still feel such a void in my life without him here.  With that void, I turn to my Lord and with greater faith, press on so that I too join my Dad in heaven. +++